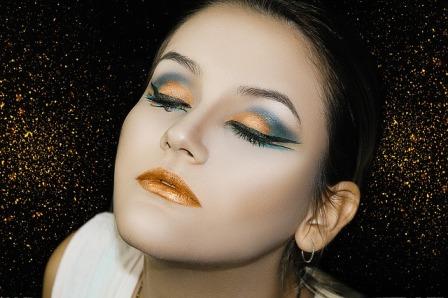 History proves, leadership is not entirely controlled by men. Associating leaders is like men, is no longer relevant. We can see there are name list of great women who have proven themselves as symbols of women's leadership.

Who are they? Cleopatra, Queen Elizabeth I, Queen Victoria who led in the kingdom era. There are also Margaret Tatcher, Indira Gandhi, and also Aung San Suu Kyi who led in the modern era.

What distinguishes their leadership style from male leadership? We will not discuss all women's leadership. In this article, we will focus on the most phenomenal female leader in the world who is also famous for her beauty. She is Cleopatra.

Then, which Cleopatra is often referred to and remembered as the beautiful queen of Egypt? The answer is the 7th Cleopatra. This 7th Cleopatra was the last queen of the Ptolemaic dynasty that ruled Egypt. So, it should be understood that Cleopatra which we will discuss now refers to Cleopatra VII.

According to historians, Cleopatra was not of Egyptian blood but was of Macedonian, Greek blood. However, she was born and raised and even led Egypt, in Alexandria. She was born in January 69 BC, and was the 3rd child of 6 brothers from the Ptolemaic Dynasty, Greece.

Cleopatra and her family live in Alexandria, the beautiful capital of Egypt. The city discovered by Alexander the Great in 331 BC was an important port city in the world since ancient times. Here the first lighthouse was built in the world around 280 BC (but this was destroyed during an earthquake in the 14th century AD).

Alexandria is also an interesting city with multicultural civilization. The Greeks, Egyptians and Arabs lived side by side with a harmonious life. And Cleopatra herself came from a Greek family.

Cleopatra ascended the throne when she was 18, after his father Ptolemy XII died. Cleopatra's two older sisters were mysteriously killed so Cleopatra was entitled to become queen at that time. She married his brother Ptolemy XIII who was younger than him.

At that time, it had become usual of the royal family to marry members of their own royal family. This aims to perpetuate power. Because, if they marry someone outside the royal family, they believe it will weaken its strength.

Many people doubt that Cleopatra's leadership at that time, because she was considered too young. But Cleopatra knew enough, that with his charm and intelligence she was able to remain Queen. She named herself The Sun-God's Daughter.

As a queen, Cleopatra has her own unique way of leading. Cleopatra leadership style is interesting to learn. From Cleopatra, we can see that women can lead well. Cleopatra proves that a woman is able to be an inspiring leader.

Then, how did Cleopatra carry out her leadership in Egypt? Let's look at the three most distinctive features of Cleopatra Leadership Style.

According to her, an elegant appearance will make her respected by the people and other royal leaders. Therefore, Cleopatra is very concerned about the clothes she wears. When she appeared for official royal duties and was in public, she wore Egyptian clothing, a long gown decorated with beads and embroidery. Whereas if in his private palace Cleopatra wears typical Greek clothing made from soft or silk linen.

She also cares about body hygiene. She bathed with soap and used perfumes after taking a bath. Perfumes or fragrances are made from natural ingredients such as cinnamon, lily, cedar, honey and henna.

For make up, Cleopatra is also very attentive. Powder, blush on, eye liner, eye shadow, lipstick has been used by the Queen at the time. Queen Cleopatra also uses a wig as a complement to her appearance with a crown of cobra as her crown.

The cobra snake is a protective god symbol to guard the King or Queen. With a performance like this, Cleopatra made herself worthy of being a leader. This became Cleopatra's leadership style which was much admired.

# Broadminded
Cleopatra is known as a smart leader. She has very broadminded. In addition, Cleopatra understands that intelligence is an important thing to advance the region. For this reason, she also seeks to advance civilization in her leadership region with education.

When Cleopatra became queen in Egypt, she founded a library in the royal capital, Alexandria. The library became the largest in the world at that time. So the city of Alexandria was dubbed “the City of Learning”.

In addition, during her reign, there were several languages used in Egypt. This is proved by the discovery of Rosetta Stone which contains 3 types of writing, namely: Hieroglyphs (writing for texts related to the kingdom and writings related to religion), Demotic (simpler general writing of hieroglyphs) and Greek (Cleopatra's mother tongue).

Cleopatra is also very famous for her authority over these three languages and several other languages. She is known as a beautiful and smart leader. According to her, broadminded is an absolute requirement for a leader.

# Strict and ambitious
In addition to her beauty and intelligence, Cleopatra is also known to be ambitious. She had the ambition to make Egypt a rich, civilized kingdom and more successful than the previous Ptolemic government. This ambition is always guarded by Cleopatra well and trying to make it happen.

She is consistent with his vision and mission. In order to realize her ambition, she reclaimed lands which had been controlled by people outside of Egypt. She is a passionate leader. With her great ambition, Cleopatra's territory outside Egypt was quite extensive. She succeeded in controlling Syria, Lebanon and a small part of Asia.

This proves the success of Cleopatra as a victorious Egyptian leader. Cleopatra leadership style proved to be able to have a positive impact on the region they lead. Anyone who becomes a leader can learn from Cleopatra's leadership style.