Goal setting theory was developed by Locke since 1968. Since its introduction, theory has attracted interest in a variety of organizational problems and issues. Goal-Setting Theory is a form of motivation theory. According to goal setting theory, individuals have several goals, choose goals, and they are motivated to achieve these goals. 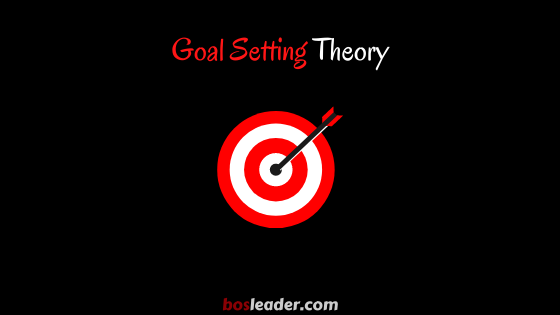 Goal-Setting Theory emphasizes the importance of the relationship between the goals set and the resulting performance. The basic concept of this theory is someone who is able to understand the goals expected by the organization, then this understanding will affect his work behavior.

The achievement of the goals set can be viewed as the goal / level of performance that the individual wants to achieve. On the whole, intention in relation to the goals set, is a strong motivation in realizing its performance.

Individuals must have skills, have goals and receive feedback to assess their performance. Achievement of goals (objectives) has an influence on employee behavior and performance in the organization.

This theory assumes that the main factor influencing the choices individuals make is the goals they have. Goal setting theory has shown a significant influence in the formulation of goals. Specificity and difficulty are attributes of goal setting. Generally, the more difficult and specific the goals are set, the higher the level of achievement that will result.

According to Locke's model, goal setting theory has four mechanisms in motivating individuals to achieve performance.

Second, goals can help organize the effort given by individuals to achieve goals.

Third, the existence of goals can increase individual persistence in achieving these goals.

It can be concluded that the existence of goal setting can improve individual performance which in turn will improve company performance. The Goal-Setting Theory approach states that a person's success is influenced by the goals to be achieved. So, if you want to achieve something high, set high goals as well.

Cash Flow Management Tips and How to Run it

Characteristics of a Great Leader