Based on theoretical concepts, leaders have great responsibility in a government, private, or organizational bureaucracy. The role of leadership can be seen from the success or failure of the team. That is, the success of an organization is largely determined by the quality of leadership.

The definition of role is behavior that is regulated and expected from someone in a certain position. So, the role of leadership is a set of behaviors that are expected to be carried out by a person according to his position as a leader. 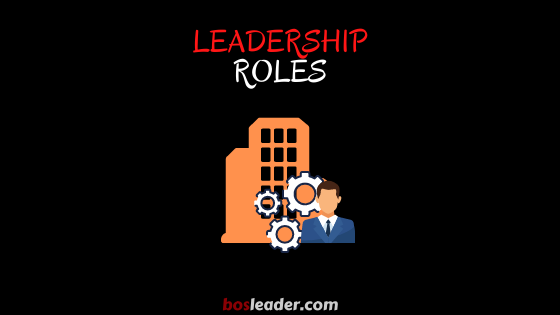 Leadership is a person's ability to influence other people to work in order to achieve goals and objectives. Leadership theory explains various things ranging from how to become a leader to details such as how to become an effective leader in accordance with the organization they lead.

In an organization, a leader has a vital leadership role and function. Based on various opinions from leadership experts, the role of the leader includes:

The Role of Decision Making,

namely the leader of the bureaucracy as the top manager who has the authority to make decisions. Decision making is a managerial job which means deciding what to do, how to do it, who does it, and when it will be done. Establishing goals, priorities, strategies, formal structures, allocation of resources, assigning responsibilities and organizing activities.

This role aims to ensure efficient organization of the work unit. The most important aspect of most forms of decision making is deciding the various activities according to resource allocation. This includes planning to develop potential problem analysis procedures and developing procedures to respond quickly and effectively to problems of contingency planning crises.

The role of influencing,

The role of motivating,

that is related to giving encouragement to the team to work harder. If the influencing role can be effective, then the motivating role will be easier to do. Conversely, if the leader is not able to exert influence on his team, it is difficult for him to fully understand the character of his subordinates.

namely the strategic role related to the figure or figures that are valued. Leaders must display good and correct behavior, such as a high work ethic, discipline, and other positive attitudes, bureaucratic leaders must position themselves as guides, empowerees, and drivers for their teams.

namely the role that an organization leader has as a key holder, especially information about the organization he leads. Communication skills are needed by a leader in order to be an effective communicator. The informational role is to explain to the team plans for policies, expectations and instructions on how the work should be done. This role is also related to how the leader explains performance goals and the authority of the action plan to the team so that they can be achieved together.