Keynes advocated increasing government spending and lowering taxes to stimulate demand and pull the global economy out of the depression. 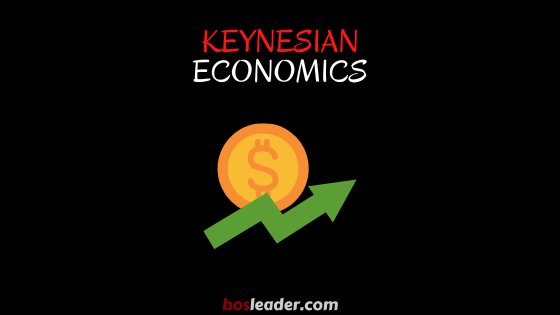 Keynesians focus on aggregate demand as the main factor causing issues such as unemployment and the business cycle. Keynesian economists believe that the business cycle can be managed with active government intervention, through fiscal policy and monetary policy.

Keynesian economic in simple terms can be understood as an economic theory about total expenditure in the economy and its effects on output and inflation.

Furthermore, this theory is also used to refer to the concept that optimal economic performance can be achieved, and economic decline can be prevented. This is done by influencing aggregate demand through policies of stabilization of economic activities and intervention by the government.

Keynesian economics is considered a “demand-side” theory that focuses on changes in the economy in the short run.

• Keynes developed his theory in response to the Great Depression. It is critical of the classical economic argument that natural economic forces and incentives will be sufficient to aid economic recovery.

• Activist fiscal and monetary policy is the main tool recommended by Keynesian economists for managing the economy and fighting unemployment.

Keynesian economics represents a new way of looking at spending, output, and inflation. Previously, classical economic thought had argued that cyclical changes in economic work and outcomes would be simple and self-adjusting.

According to this classical theory, if aggregate demand in the economy falls, weakness in production and employment will trigger a decline in prices and wages. Lower rates of inflation and wages will encourage entrepreneurs to invest in capital and hire more people. Finally, it can create jobs and restore economic growth.

However, this was denied by Keynes. Keynes asserts in his book, The General Theory of Employment, Interest, and Money and other works that during a recession, structural rigidity and certain characteristics of a market economy will exacerbate economic weakness and cause aggregate demand to fall even further.

Keynesian economic theory refutes the assumption held by some economists that lower wages can restore full employment. The reason is that employers will not add employees to produce goods that cannot be sold because demand is weak.

Likewise, poor business conditions can cause firms to reduce their capital investment, rather than take advantage of lower prices to invest in new plants and equipment. This will also have an impact on reducing overall spending and employment.

For example, even though households and firms operate based on rational expectations, they still have to face certain types of market failures, such as sticky prices and sticky wages.