Maslow assumes that humans have basic needs at low levels that must be met or at least sufficiently met before the needs at higher levels.

Here is Maslow's Hierarchy of Needs: 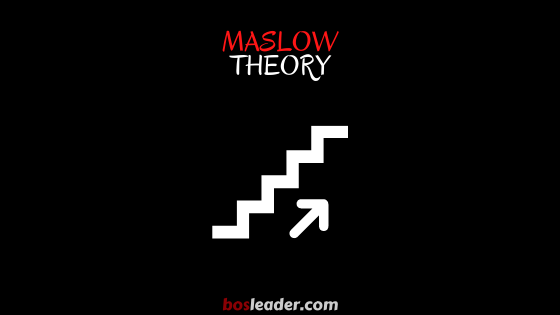 The background of Maslow theory

The concept of the hierarchy of basic needs began when Maslow observed the behavior of one of the mammals, monkeys. He did research and concluded that some needs outweigh others. This research inspiring Maslow for a basic concept of basic human needs.

For example, humans who feel thirsty or hungry are more likely to try to quench their thirst than the need for security. Some people may be willing to risk their lives for food and drink needs. Individuals can live without permanent residence, this makes food and drinking needs more urgent to be fulfilled.

These needs are often referred to by Maslow as basic needs which are described as a hierarchy or tiered pyramid. This pyramid describes the level of order of needs. A terraced hierarchy or pyramid describes a ladder that can only be passed one by one. Like humans won't find a place to live before they can eat.

Maslow's Hierarchy of Needs can be seen in more detail at the following five levels:

Physiological needs are the most basic needs that must be met properly for an individual. These needs include clothing, food and shelter. For example the needs of eating, drinking, housing, sex, rest to maintain health.

Social needs are the third needs after the second needs are met. This need includes a person's feelings such as having love, affection, a happy family with a husband / wife and having children from a legal marriage, joining in social organizations. Social needs here pay attention to someone who needs recognition or respect from others.

Esteem needs is the fourth need after the third need is met. In this need someone includes the desire to gain self-esteem. Self-esteem or self-respect: this depends on a desire for strength, competence, freedom, and independence. Esteem need also includes achievement motivation. At this stage a person has a strong desire to pay attention to his achievements, and wants that achievement to get appreciation from others.

Self-actualization is the highest need in Maslow's theory. At this stage a person wants to fulfill his desire for self-actualization, that is, he wants to use his potential and actualize it in the form of self-development. This condition is applied in the form of work that is more than just routine, but also challenging and full of creativity, with extraordinary works and feels very worthy of being appreciated by others.

There is a popular story as an example in this case. Vincent van Gogh was a famous Dutch painter. During his lifetime, he was known to have few possessions and only a desire to paint.

In this case, many claim that he was already at the last stage of Maslow's hierarchy of needs, even though other needs were not being met. He did not have many friends, his social community did not see him as a fulfilling citizen, and his physiological needs were very basic.

However, according to Maslow, in this case, it was not the other needs that have not been fulfilled, but they have been fulfilled. This was what makes Vincent van Gogh have his own need for actualization, such as developing and selling the paintings he makes.

There was someone whose social needs were satisfied by only having 1 or 2 interactions with friends per month. However, it may be that other people have to interact every day with many people to satisfy their social needs.

This shows that all people have different levels of needs. If you are a businessman, you must be able to motivate employees by understanding the needs of your employees. After we understand their needs, then we can motivate them.